The story of Ah Sam Floral Co. begins in 1913, when "Sam" Shun Leong moved his wife Wong Shee and young daughter Louise from Guangdong, China, to Oakland, California. Once they arrived, the trio welcomed four more children into the fold: Gordon, Mable, Lincoln, and Howard Arthur (Art). Sam was a fruit and vegetable seller by trade, so when a profitable produce route went up for sale in San Mateo in 1931, he bought it.

Once he was old enough, son Gordon took a job as a driver for a florist, a humble operation that awakened him to the lucrative potential of selling flowers. Soon, Gordon went into business for himself at the height of the Depression in 1933, naming the business "Ah Sam" in honor of his father. In Cantonese, Ah means "Sir." Ah Sam's first sale was two bunches of chrysanthemums for exactly 35 cents.

Over time, each Leong sibling came to help in the operation. Though the original space was modest - there was only one refrigerator - it wouldn't be for long. By 1939, the Leong's had hand-built their first greenhouse and, shortly after, a walk-in fridge.

Throughout the 40s and 50s, Ah Sam Floral Co. expanded its footprint. Each of the Leong sibling's talents were utilized in growing the business, whether it was a gift for creative design, a knack for buying, or an aptitude for building and construction. Soon, Ah Sam Floral Co. had established itself as the area's most exceptional florist.

By 1965, 25 family members were working in the business, providing both neighbors and celebrities such as Shirley Temple and Bing Crosby, with the same uncompromising service and quality florals. They saw their work featured in television shows and commissioned as decor for a state visit from Queen Elizabeth II. Their flowers feted the Reagans and the Gorbachevs as well as the average family up the street, always reflecting the same artistry, always displayed with the same signature style, and always delivered with the same promptness and courtesy, no matter the client.

Today, Ah Sam Floral Co. is in its third generation of Leong's, with Art's children Steve, Scott, Shawn, and Stacey Hiraoka at the helm. With over 85 years of serving the San Francisco and San Jose Bay Area and beyond, we offer our clients the kind of forward-thinking designs, quality, and service honed after decades in the industry. 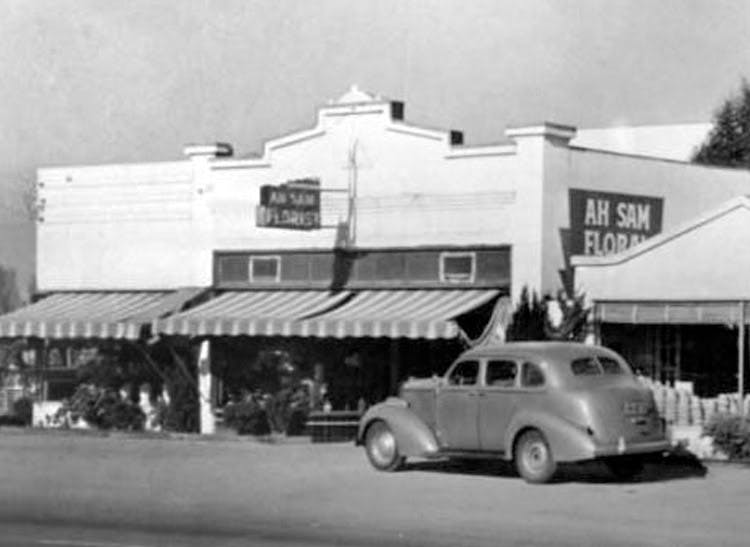 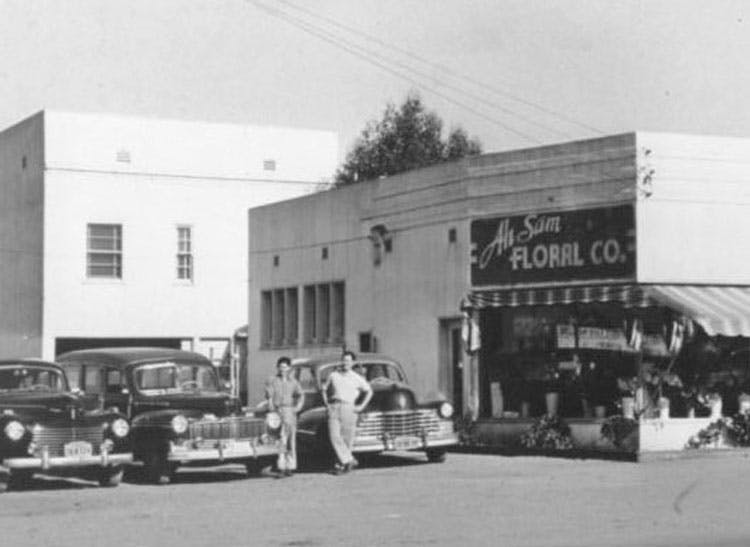 An exterior view of our second storefront, circa 1950 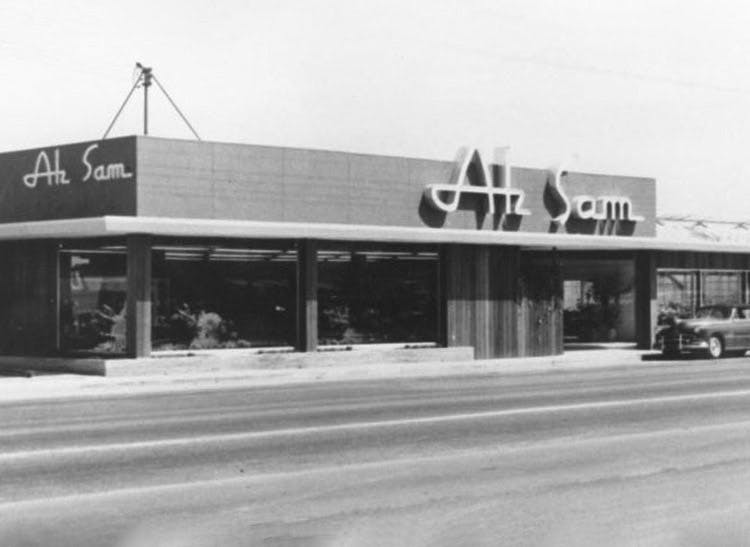 Our current building, as seen in the early 1970s